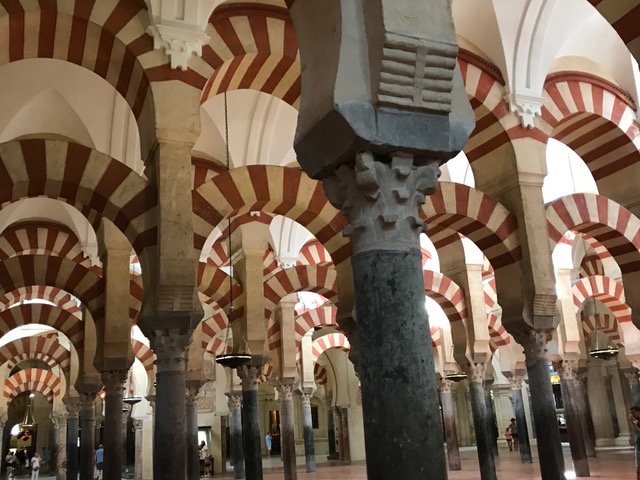 Andalusia is shrouded in mystery and beauty. She is like an exotic lady, tempting you to learn her secrets. Her cities and villages harken back to a time of ancient glory. They are alive with Moorish culture, music, Flamenco, food and passion. Let us take you on a unique luxury adventure to meet one of our favorite regions in Spain! 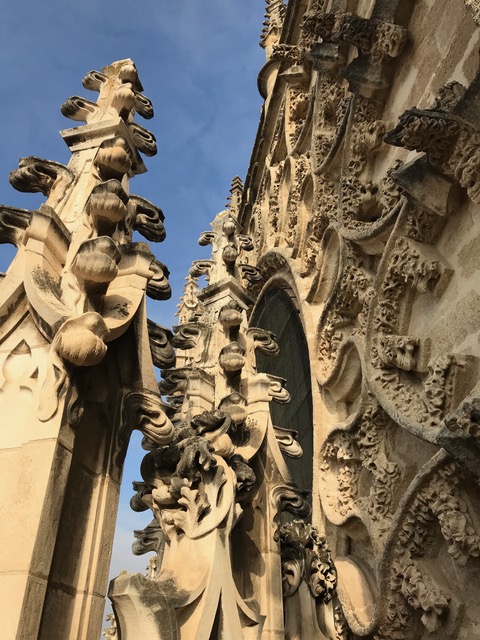 Since the Romans first arrived, Seville has been one of the most important cities on the Iberian Peninsula. The Moors ruled for centuries and this is reflected in their architecture and culture. The city is resplendent with the fragrance of bitter orange blossoms and the cheery bougainvillea climbing up the homes and palaces. Your guide will meet you at your hotel for a walk to the Cathedral of Seville. We have arranged for a private VIP tour of its Gothic cathedral. Everything in it is amazing- its art gallery surpasses 700 paintings of a first-rate artistic category and its altarpiece is the largest in Christendom. It is also the world’s largest Gothic building with wonders such as its astonishing Renaissance rooms, its fabulous collection of sculptures and the Giralda tower. You will have a private guided visit including a very special “VIP visit” of the rooftop of the cathedral, which boasts the best views in Seville.

Tonight we suggest that you enjoy the traditional flamenco of Seville at a local flamenco venue. Sit, enjoy a glass or two of local wine and marvel at the music and dance of the region. The yearning and emotion of the musicians and dancers is utterly breathtaking. Perhaps you are an intrepid traveler and would like to learn this exotic art with your own private flamenco instructor in a little studio tucked along the winding cobblestone streets. If you can dream it, we can make it happen! (Overnight Seville) 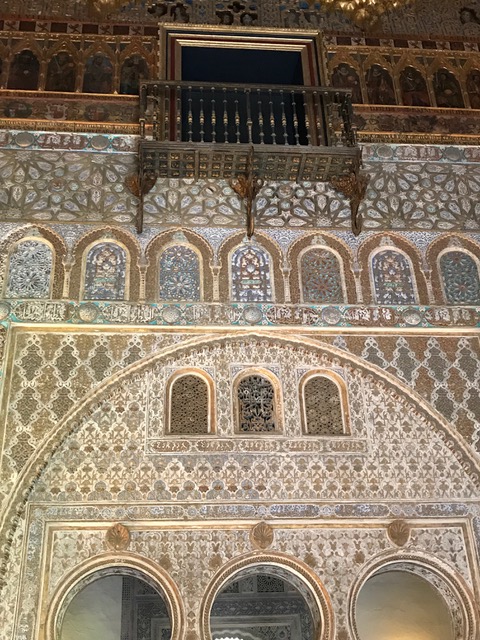 Today you will discover some other important sites in the city, including the Alcazar, a masterpiece of mudéjar art, built on the site of a former palace of Abd al-Rahman II. Behind its mighty walls, you will explore the delicate patios and gardens where the harem (800 women!) of the poet King Al-Mu’tamim would relax. It was also a filming site for the Game of Thrones television series! Next, you will take a horse drawn carriage to enjoy the beautiful banks of the River Guadalquivir and discover the Torre del Oro and the Archivo General de las Indias, the Park Maria Luisa and the buildings of the Ibero-American Exposition of 1929. This is the perfect way to explore the city so that you know where you want to explore more in depth later in the afternoon.

Tonight we suggest one of our favorite things to do in Seville- a tapas tour. Our guide is the perfect host to take you to the best places to tapas in the city. From traditional, charming places to some of the more chic and upscale places, she knows them all! Taste, talk and immerse yourself in the tapas culture this evening! (Overnight Seville) 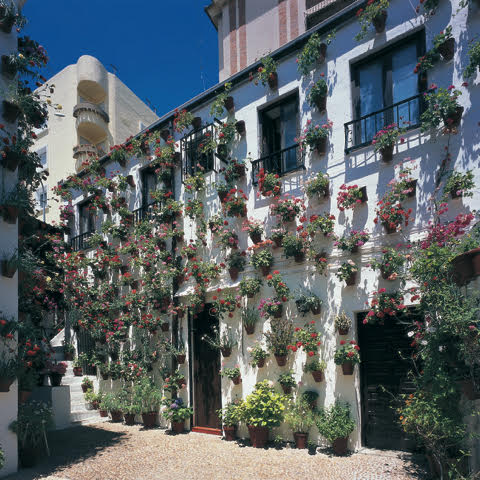 This morning you will take the high-speed train to Cordoba, where you will meet your expert guide to discover the city. Cordoba was central during the time of the Caliphate in the 9th and 10th centuries and was the capital of Al-Andalus in the 11th century. Each cobbled street provides another clue to the long and storied history of the city. Explore the Jewish quarter, where the mystique of times gone by and the delightful white walls crammed with geraniums will charm you. Patios and squares are filled with tables of laughing locals enjoying a bite to eat in the sunshine. Cordoba is famous for its traditional festival in May, where they decorate the courtyards and patios around their homes with flowers to honor the Virgin Mary. Your next stop is Cordoba’s Mezquita, which is the best-preserved building from its period. Enter the imposing structure with its red and white striped arches. The Mezquita was a Muslim mosque until the 15th century, when the Christians overtook the city, and turned the building into a church. This is a site unlike any other! Return to Seville this evening. (Overnight Seville) 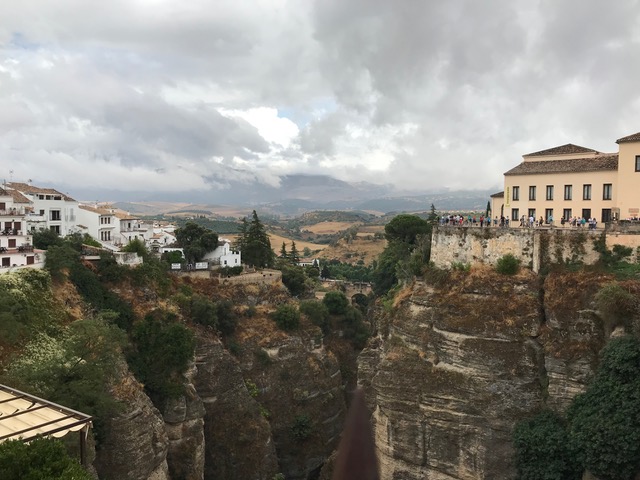 This morning you will depart Seville for the next leg of your adventure. Enjoy the journey in the comfort of a luxury vehicle with one of our charming drivers. You final destination is Ronda, one of the oldest cities in Spain. It has been inhabited since the Neolithic age and was a key historic border of the Arab Kingdom. Along the way to Ronda, you will stop to explore the White Villages, which are also known as the Pueblos Blancos. Looking like little wedding cakes of whitewashed buildings along the cliffs and in the valleys, these villages beckon you to visit. Gaze in awe at the little while houses clinging to the cliffs of Zahara de la Sierra. Marvel at the cave dwellings in Setenil de las Bodegas. Wander the streets and join the locals for a bite to eat or a coffee in the sunshine. This afternoon, you will arrive at your home for the next two nights, Ronda.

Ronda was a favorite haunt of Ernest Hemingway, who was often seen strolling through Ronda’s streets, partaking in its bars and cheering at its bullfights. He and Orson Welles both embraced the spirit of this town, which was the home of legendary Andalusian outlaws. This afternoon, you will visit the Plaza de Toros (also known as the Real Maestranza de Caballeria) Ronda’s bullring, where you will learn about the famous bullfighters, their costumes and the history of the area. If you are interested, we can take you into the countryside to a bull farm, where you can learn about how the bulls are raised and even have a lesson on the art of bullfighting (without harming any bulls, of course!) (Overnight Ronda) 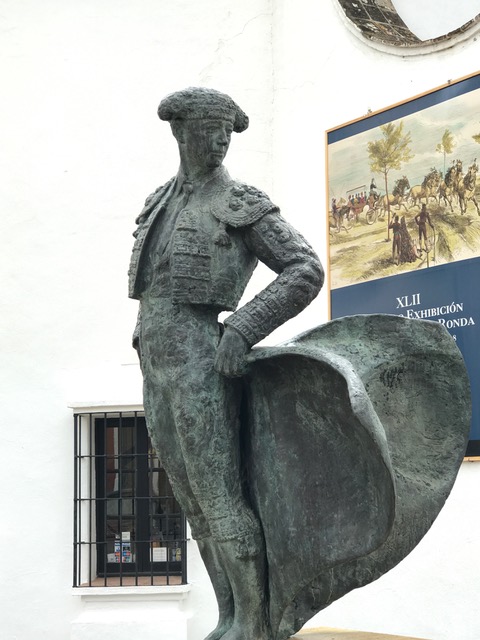 Another day in Ronda! What do we have planned for you? Today you meet your private guide, who will take you for a walking four of Ronda and it’s most important sites. You will see El Tajo, which is a 350-foot deep ravine, which separates the city’s old Moorish town from the new town, which developed after the Christian conquest. See the old city walls, dating back from the 13yh century. Marvel at the beauty of its bridge, known as the Puente Nuevo. Rumor has it that during the Spanish civil war, many people were thrown to their death from this bridge. The Arab Baths, the stone palace and the church are all “must see” places to visit.

Continue on for a private lunch and visit at one of our favorite wineries, which was originally a 16th century convent. Indulge in a tasting of their delicious red and white wines while relaxing in their garden. Of course, the charming owner of the vineyard will be teach you about the wine making process and to give you a tour of the historic property. (Overnight Ronda) 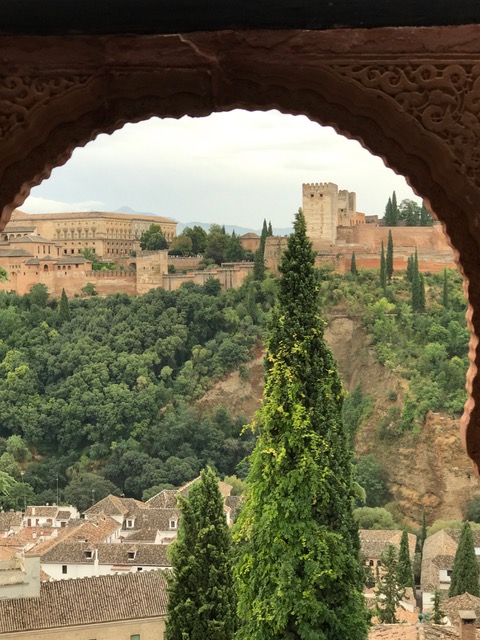 Day 6: Granada- The Alhambra and the Generalife (Summer Palace)

This morning you will pack your bags to continue your adventure into Granada, which sits high on top of three hills, dominating the valley below. Granada was the last Muslim stronghold on the Iberian Peninsula. Its Moorish architecture is evidence of the history of the Caliphs in this region. In 1492, Queen Isabella with King Ferdinand by her side, took over the city, banishing the Moorish king from the city. Thereafter, it became part of the Christina kingdom.

Today you visit the fabled Alhambra, a palace-fortress perched high on top of one of the hills. Ever since the publication of Washington Irving’s book, “Tales of the Alhambra”, the site’s spectacular gardens, the sounds of its fountains and its mysterious, sophisticated rooms have inspired travelers to imagine exotic scenes. The Alhambra will transport you to a fascinating world far away from time and space. The Alhambra represents more than 400 years of Islamic heritage and your guide will be with you every step of the way to offer you stories of the history and intrigue of the palace.

The Alhambra is more than just a palace- but instead, an entire walled city including many palaces, gardens and towers. The Generalife, which was the summer palace of the Nasrid rulers in Granada, is also a part of this complex. As you walk up the hill further to visit, you will notice that the temperature changes- it is cooler. The gardens are beautiful and the palace, an architectural wonder in itself, brings you back to centuries ago. Admire the glorious tile work and intricate decorative elements depicting breathtaking geometric designs throughout. The remainder of the day is on your own to explore. (Overnight Granada) 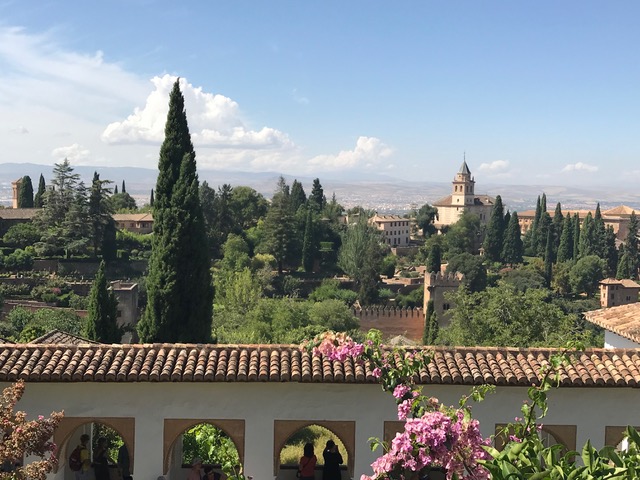 What do we have in store for you today? Today your charming guide takes you exploring the city of Granada. The Albaicin (also known as Albayzin) is an ancient neighborhood that stretches across one of the city’s hills. Founded in 1228 by the Moors, it is an astounding labyrinth of cobblestone streets, all leading up a steep hill. Here you will feel like you are in a market in Marrakesh. The Moorish architecture, teahouses and little shops make you feel like you stepped back in time. As you continue to climb and explore, stop at Plaza of San Nicolas for one of the best views of Granada from high. This is a nice place to stop, have a drink and a bite to eat before continuing this unique adventure. Upon returning to the central part of town, your guide will take you to see Royal Chapel as well as the Cathedral commissioned by Carlos V in 1521. Shops and restaurants surround the area and we know just the places to take you for those one-of-a-kind finds! Fine ceramics, leather and jewelry are just a few of our favorite items to purchase. (Overnight Granada) 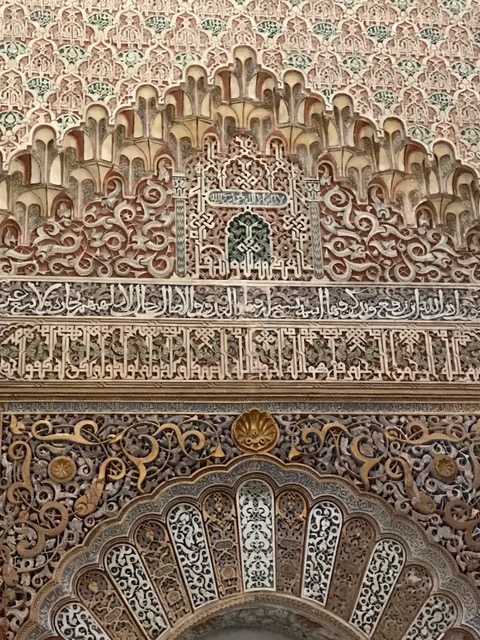 Day 8: Adios or continue to other parts of Spain

Perhaps you would like to visit Madrid or Barcelona after your time in Andalusia! Let us plan your next unique luxury experience!

If you can dream it, we can make it happen!
Request a Quote